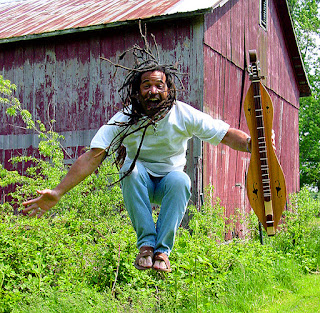 Bing Futch leaped into the national mountain dulcimer scene back in 1999 with his
Americana band Mohave. The award-winning Americana band has performed in a variety of venues including multiple shows at The House Of Blues at Walt Disney World, Hard Rock Live Orlando, The Bamboo Room, Freebird Live, The Orlando Fringe Festival, The Central Florida Fair and they've also opened for national acts Molly Hatchet, Subject To Change, St.  Somewhere and The Crests.

As a solo performer, Bing's high-energy, crowd pleasing shows and unique approach to the mountain dulcimer combined have made him a popular national act from California to Connecticut.  Named 2006 "Songwriter of the Year" by the Songwriters Showcases of America (with a 2007 "Song of the Year" award for "Crazy Feels Like"from the album Dulcimer Rock), Bing has become a regularly featured artist at festivals, fairs, concert halls, pubs, clubs, cafes, house concerts and other venues across the country.  He's opened for Grammy-award nominated artists Sam & Ruby, bluesman Scott Ainslie, singer/songwriter Larry Mangum, shared the stage with Zydeco king Chubby Carrier, Tom Constanten (The Grateful Dead), national fingerstyle guitar champion Michael Chapdelaine, Grammy-award nominated act The Dixie-Beeliners and dulcimer heroes Robert Force and Stephen Seifert, among others.  He's also produced numerous recordings and has published several songbooks.
Alongside his performing career, Bing has become a popular instructor of the mountain dulcimer, Native American flute and ukulele.  His video podcast, Dulcimerica, has been viewed by over a million people worldwide and is currently in its sixth season.
Here are the workshops that he will present at the 2nd Annual Gulf Coast Dulcimer Retreat!

Your right hand (or, for some of you Southpaws, left hand) is the engine that drives your performance and we'll be learning some magical approaches to rhythm creation that will transform your street rod into a chariot worthy of  BMW.  We'll run cadence drills against a metronome to work on precision, apply a palm mute for dynamics, use selective strumming to accent individual strings, concentrate additional fill-in strums on rhythm strings while avoiding the melody in order to create a multitracked effect.  We'll also get into arpeggios as filler, flatpicking, posting, fingerpicking and bowing. (Intermediate - Advanced)

This beautiful, haunting and expressive instrument dates back 4000 years on the North American continent. Originally used in courtship and later in ceremonies and, more recently, ensemble performance, the Native American flute now enjoys great popularity in all types of music. You'll be surprised at just how easy it is to play! In this workshop, you'll learn basics: flute anatomy, how to hold it, breath control, major and minor scales, ornamentation techniques and how to discover your very own spirit song. Must have a six-hole Native American flute, preferably in the key of "B minor." You can purchase one from Ray Wood at Island Flutes. Be sure to tell him it's for Bing's workshop. (Beginner to Intermediate)

I Got Those Mountain Dulcimer Blues (MD)

This year, we are going to combine efforts among all the instructors and teach some songs that will be performed before the Saturday evening concert.  The Manatee Orchestra will refuse no player, all skill levels are welcome.  This session is specifically for the mountain dulcimers.  Check the schedule for the pennywhistle, steel drum and ukulele sessions. (Beginner - Advanced)

Songs of the Man In Black (MD)

If you're a fan of the late great Johnny Cash, then this workshop will keep you smiling as we get into legendary songs like "Folsom Prison Blues", "Rock Island Line", "Ring Of Fire", "Tennessee Flat Top Box" and "Get Rhythm."  We'll show you how to get that boom-chicka-boom sound that Johnny got, how to walk the line right up the bass string and flat the right notes to get sassy and slick licks and turnarounds. (Beginner - Advanced)

Promentory: A Study In Arrangement and Looping (MD)

This unique and exclusive workshop combines technique and repertoire-building with an introduction to using a looper pedal.  A multi-part arrangement for "Promentory" from the motion picture "Last of the Mohicans" will help us to explore the relationship between multi-part arrangements and looping in real time.  We'll learn the piece, based on "The Gael", play it as a group, and then try our hand at recreating the group sound using only the looper pedal, layering multiple tracks of each separate part.  Must have a 1 1/2 fret to play this piece! (Advanced)

I've decided to start teaching this after getting so many requests.  Many of you have Mac laptops or desktops with Garageband pre-loaded on there.  Some of you are already mucking around with it while others aren't sure where to begin.  In this workshop, I'll demystify Garageband using a video screen so everyone can see the details.  What kind of equipment do you need?  What all can you do?  What are plug-ins and why are they so important?  What's a loop and how do you use it?  Everything from basic recording to advanced sound equalization and mixing techniques.  If you've ever wanted to record your own albums you'll have a good head start by the end of this class!  Laptops running the latest version of Garageband are encouraged but not required. (Beginner - Advanced)

We'll do an exploration of the 1-3-5 tuning which allows for a fully chromatic scale.  We'll chart out chord shapes and find scales across the fretboard.  Tips for moving through popular progressions and changing the shape of chords to create bass lines and lead licks.  We'll learn some tunes and have some fun with this little-known tuning. (Intermediate - Advanced) 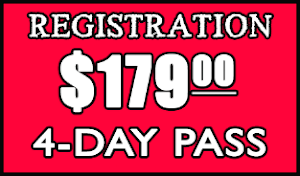 We have a block of rooms discounted at the Homosassa Riverside Resort. Mention "Bing Futch - Folkcraft" to apply. The resort is located at: 5297 S. Cherokee Way in Homosassa, Florida and all workshops and concerts take place here.